GCK Motorsport has claimed its first international triumph in Morocco’s Rallye du Maroc, holding its own against the discipline’s elite. Winning a leg of the FIA W2RC is all the more laudable given that driver Guerlain Chicherit had only just taken possession of the vehicle. 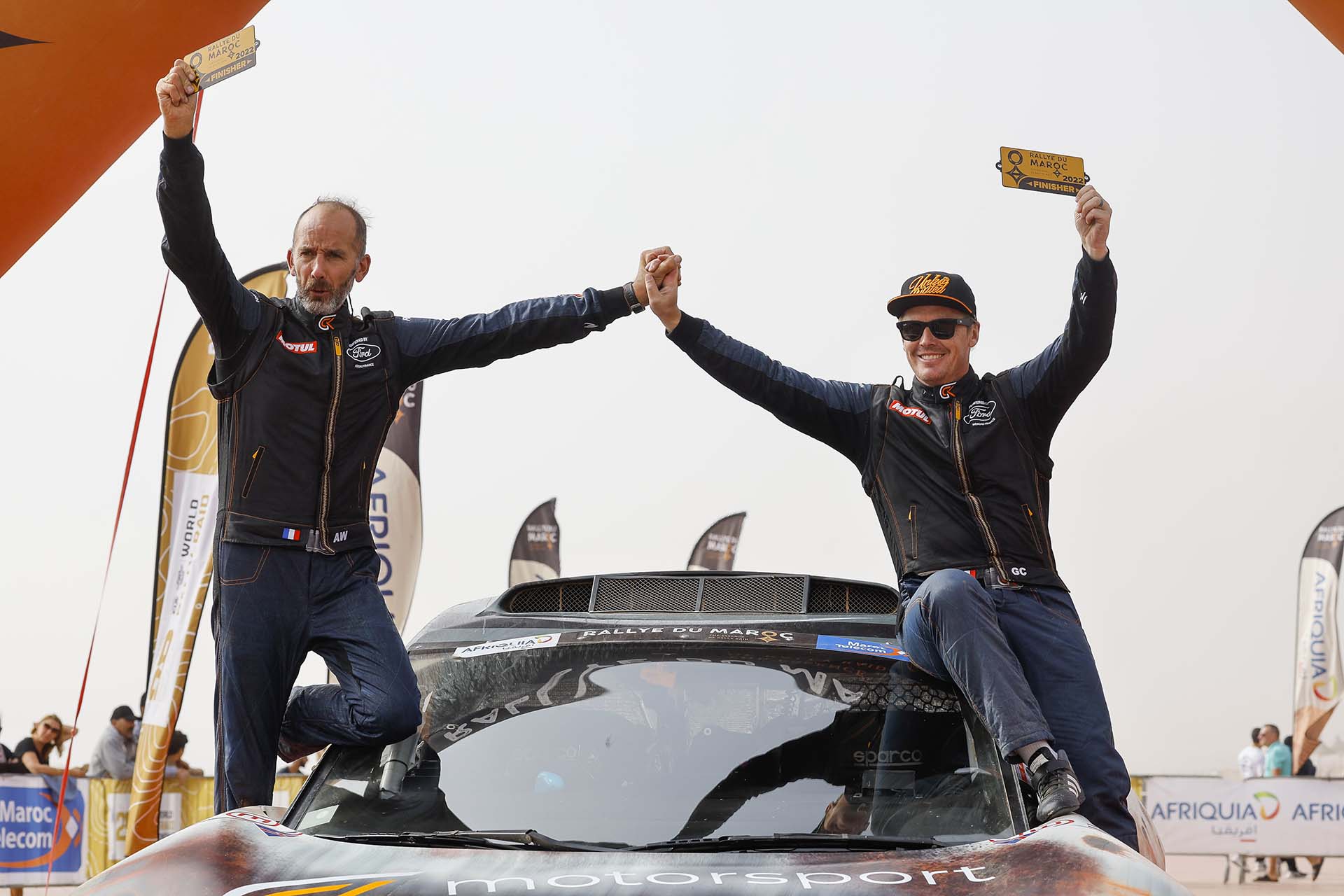 GCK Motorsport has set itself the ambitious target of winning the Dakar with a hydrogen-powered car by 2027, which involves learning the ropes in a high-performance car to build and nurture the team’s winning culture. With the GCK Thunder’s chances of victory scuppered by the new regulations, the team opted for the Prodrive Hunter, a 4WD powered by a biofuel with 80% less greenhouse gas emissions compared to ordinary fuel.

A victory for experience

Guerlain Chicherit went to Morocco to gain experience and returned with a victory and a bootload of admiration from onlookers. Esteem for a driver, who unlike his young team, already has a solid grounding including 11 Dakars, the 2009 W2RC title and the top spot at last year’s Silk Way Rally. Many will also remember his stage 3 win at his last Rallye du Maroc in a BMW X3 in 2010.

Stage 5 (of 6) in this year’s Rallye du Maroc featured a slew of punctures – causing nightmares for several teams. On Monday, Guerlain Chicherit and co-driver Alex Winocq had to contend with three blow-outs and use two spares. Limping along with a flat tyre for 30 kilometres put them 18 minutes behind stage winner Sébastien Loeb, a handicap which could have proved fatal. But on brittle ground where “every kilometre counts treble” according to Chicherit, consistency pays. He ranked in the top four every day and reaped the just reward. Ahead on the eve of stage 4, the Frenchman forged the gap, while a steering issue put paid to Loeb’s chances of clawing back. At the start of stage 6, all that remained was to “stay focused and make no navigation errors”.

Next up: The Dakar Rally

After 2,319 kilometres, including 1,506 of timed sections, Chicherit and Winocq won the Rallye du Maroc with a 10 min 55 sec lead over Terranova-Haro (BRX) and 29 min 24 on Al-Attiyah-Baumel (Toyota). The victory puts GCK Motorsport among the serious contenders for the 2023 Dakar and proves that when it comes to sporting, technological and ecological challenges, this team means business.

Guerlain Chicherit, GCK Motorsport driver : "We had two private test days in the car "before the Rallye du Maroc. I had a feeling we would do well, but I didn’t bank on winning. It’s incredible! The enthusiasm surrounding this result backs up the premise that motor racing is still the best showcase for new technology. We won today with biofuel made from agricultural waste. In the near future, we aim to win thanks to the electric-hydrogen technology we are developing."